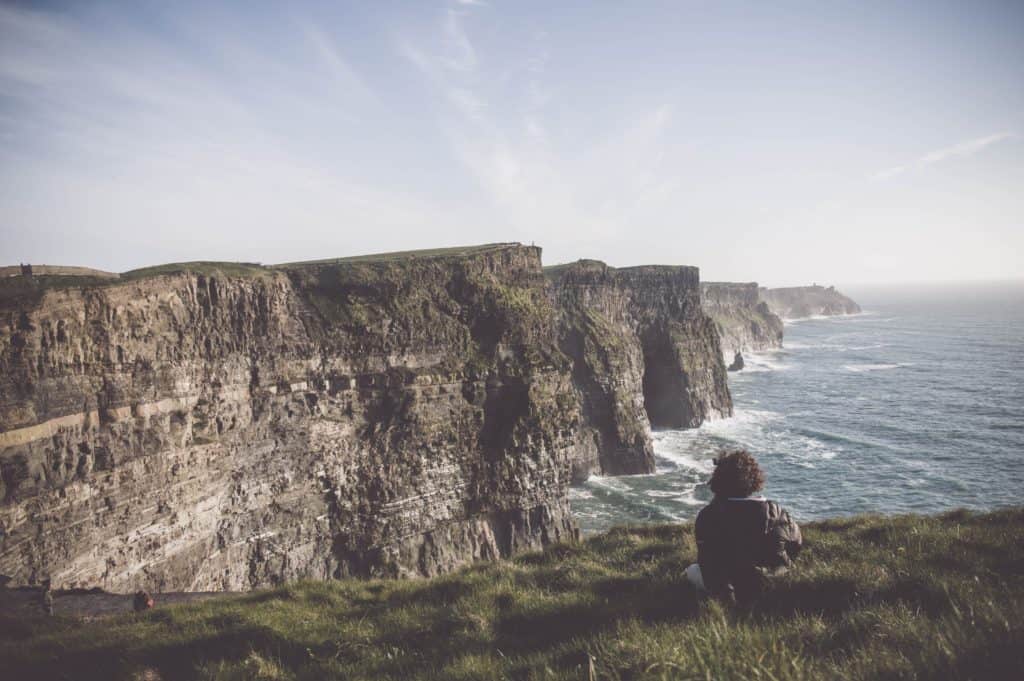 Although many destinations around the world are home to stunning natural attractions, fascinating things to do and unforgettable experiences, there is no denying that some travel destinations have a little bit of magic which just cannot be replicated elsewhere. From the barren landscapes of Iceland to the exotic wildlife in Africa, here are the eight travel hotspots around the world you need to visit:

Travel hotspots around the world 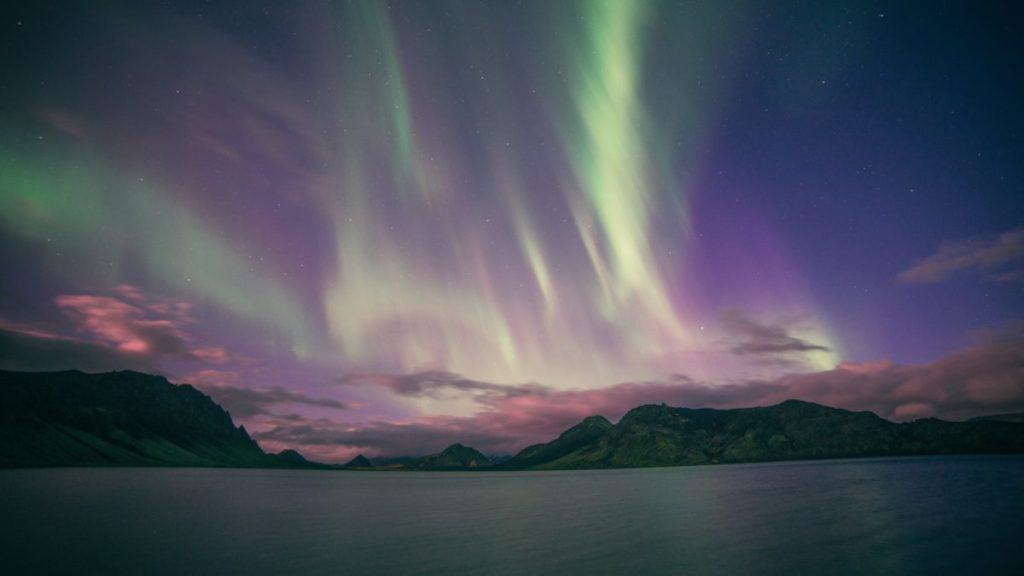 Few places in the world can convey the same mystical and natural beauty as Iceland. Located in the far north of the world map and almost stranded next to the Arctic, this landmass has become a hotbed for tourism since low cost charters began offering cheap airfare from both Europe and North America. In fact, this isolated nation is often the setting for famous Hollywood movies including Interstellar; such is the divine beauty of the landscapes.

From Gullfoss to the Blue Lagoon there are also many focal points around the island to capture the imagination but each of these are within easy reach of “Route 1” which travels all the way around Iceland. Stretching for 1336km, this ring road makes it easy for travelers to enjoy a self-drive road trip but most importantly it allows for the scenery to be within a relatively easy reach. Yes, the many volcanic peaks, enormous geothermal hot springs, romantic hiking trails and unforgettable landscapes in general make Iceland one of the hottest places to visit on earth. 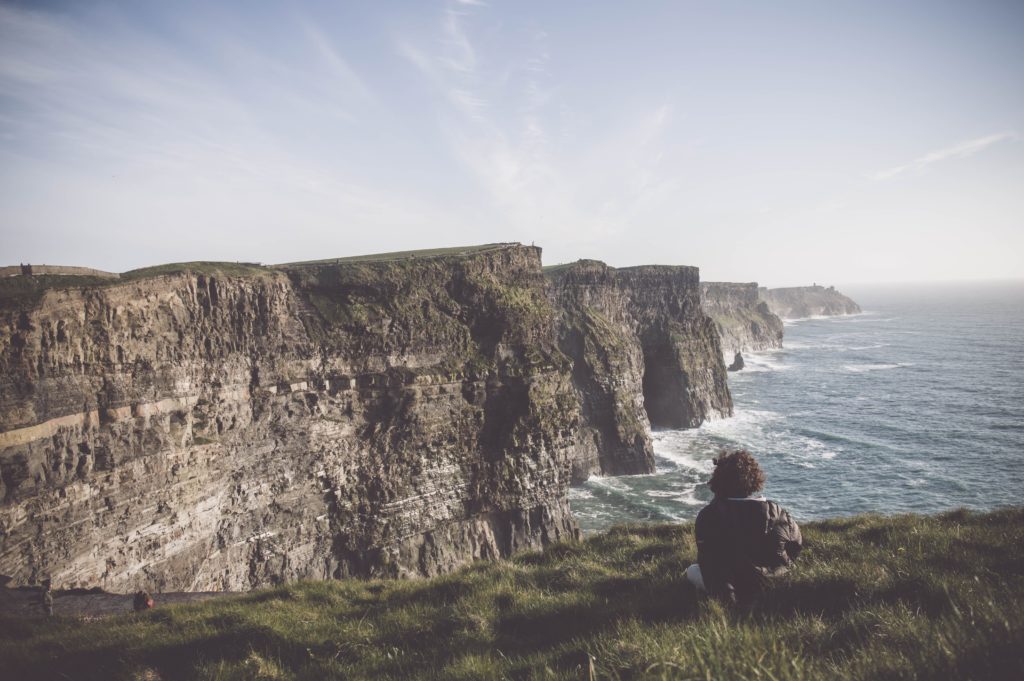 When you consider world history and past civilizations, some visitors are surprised upon learning ancient nature of the land in Ireland. Nicknamed the Emerald Isle, you will find green rolling mountain landscapes, farmers, sheep and iconic stone cottages at every turn in the countryside but it is often the story behind these places which impresses tourists the most.

Dating back to X, the ring forts, tombs and unusual karst landscape in Co. Clare is a perfect example of such. Known locally as the Burren, this region is dominated with hidden treasures and landmarks which date back to Neolithic times and many of the locations are marked with a plaque to explain the relevance. Nearby you have the Cliffs of Moher, the most popular attraction in the country and dramatic cliffs that raise more than six hundred feet from the Atlantic Ocean below.

However, there are simply too many attractions or points of interest in Ireland to mention and it is really the overall experience which remains in the mind for tourist. Friendly locals, beautiful countryside and a fascinating history ensure this is a once in a lifetime destination that lingers long in the minds of the visitors who come. 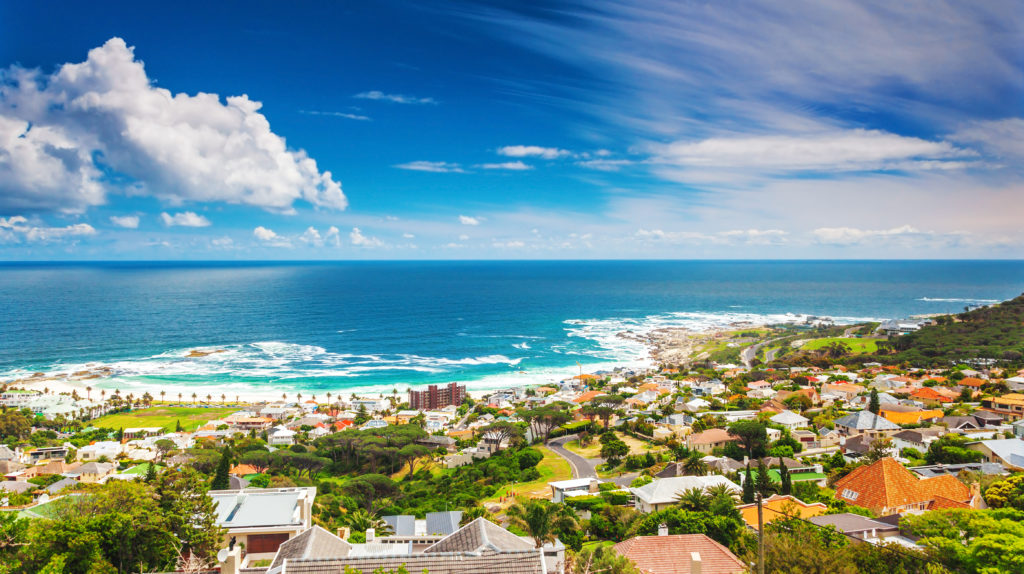 Although much of South Africa is worthy of the highest praise, there is simply nowhere that compares to the picturesque city of Cape Town. Located at the very southern tip of Africa and at the foot of the iconic Table Mountain, the city skyline is possibly the most impressive anywhere in the world while the wide range of things to do is what really sets it apart from elsewhere. Take the previously mentioned Table Mountain for example, you can embark on a cable car journey to the most majestic sight on top of the mountain and hike the entire way back down. Another popular attraction is Robben Island, the prison in which Nelson Mandela spent most of his life and the scene of an utterly fascinating day tour. And then there are all the smaller experiences from fish and chips on the V&A Waterfront, wine tours, great white shark diving and the Cape of Good Hope which feels like standing on the edge of the world. Cape Town is simply awe inspiring, but you need to experience this one for yourself. 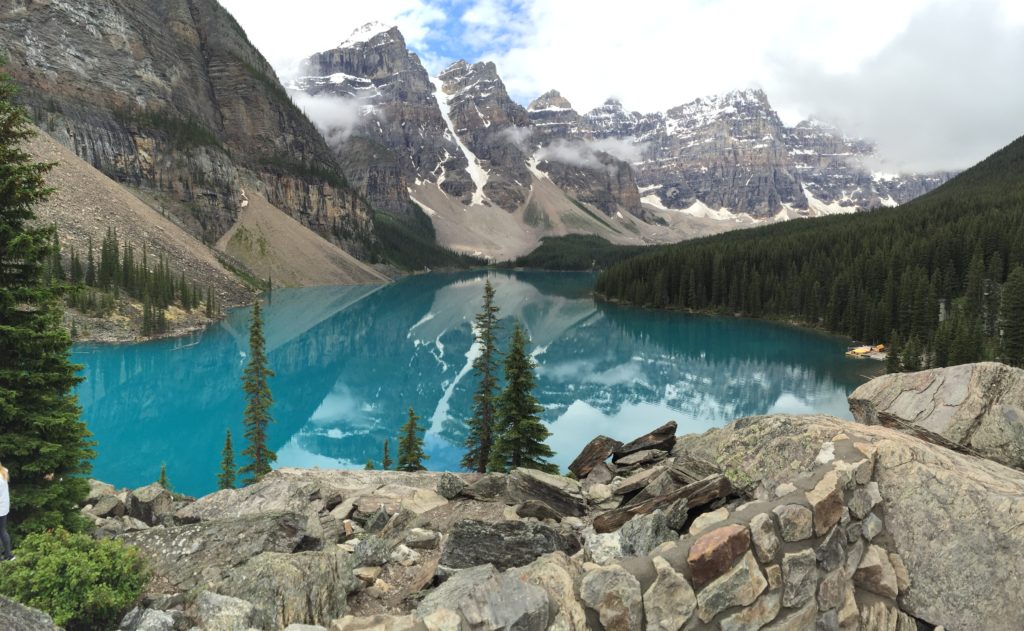 Situated in the very midst of the Rocky Mountains, Banff is arguably the most attractive travel destination in Canada. Yes, there are many exciting cities across the nation from Toronto and Vancouver to Montreal and Quebec but the scenery in this particular part of Alberta is nothing short of mind blowing. You will also find the majestic Lake Louise here and the scenic town of Canmore but from the center of Banff you can embark on a road trip into the most spectacular scenery and possibly venture down one of the many hiking trails in Spray Lakes. Featuring a wide range of accommodation options and restaurants serving world class food, you can decide to come to this haven for the ski season during winter or wait until the flowers bloom and the hiking trails are visible once more. Either way, Banff is one of the most incredible places to visit.

Vietnam is home to arguably the fastest growing tourism industry in all of Southeast Asia. Ho Chi Minh and Hanoi are vibrant cities, while the Mekong Delta and Hoi An offer very cultural experiences to the traveler. That being said, Sapa is a good shout for being the most fascinating insight into a less touristy or unspoiled part of the country. Located high up in the mountains to the north of Vietnam, Sapa is best known for hill tribes and a vast expanse of rolling valleys. Whether you spend time cooking traditional food in a homestay or take a long distance trek along one of the many trails, Sapa has a reputation for incredible scenery but it is the overall experience which makes it one of the most unforgettable places in the world. 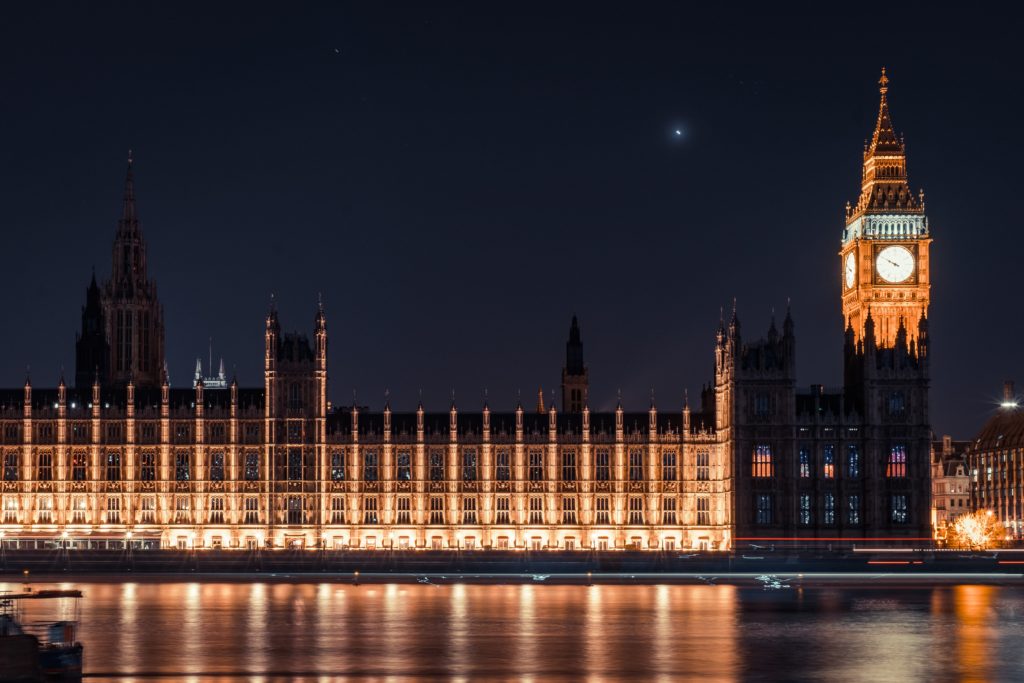 Although this colorful capital is already well known as a leader amongst travel destinations around the world, London needs to be on every travel itinerary for the sheer number of interesting things to do around the city. Yes, while many people arrive in this part of the UK to visit the ancient Stonehenge or antiquated town of Bath, the city itself is overflowing with unique attractions. Big Ben, Buckingham Palace, the London Eye, Tower of London, Hyde Park and Trafalgar Square: these are just a few of the famous landmarks and this is before we consider the wide selection of restaurants, bars, markets and shopping options. Busy and radiating with energy every day of the week, London is one of the most interesting travel destinations on the planet. 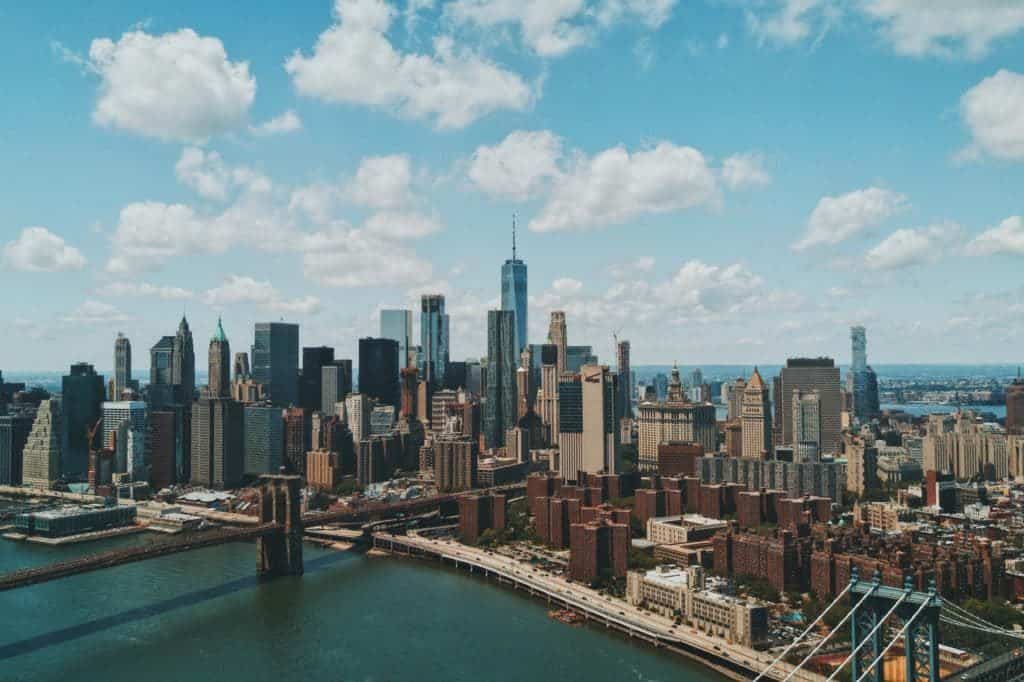 Any list of travel destinations around the world with a mention of London should also include the city that never sleeps, New York. As opposed to most cities around this world, this is one destination to which visitors return and as with the capital of England, this is largely due to the number of attractions within close range. From exploring the financial district and 9/11 memorial to relaxing in Central Park, marveling at Times Square and crossing the Brooklyn Bridge; New York City has no end of things to do and each district seems to offer up an entirely different experience. In fact, this is what makes the city so appealing for most visitors as the melting pot of culture, architecture, and even the shows on Broadway are enough to leave anyone wondering about what experiences they are willing to miss out on. New York is called the “City that never sleeps” for a good reason and if it was possible to stay awake here for several weeks, you would still only have time to scratch the surface. 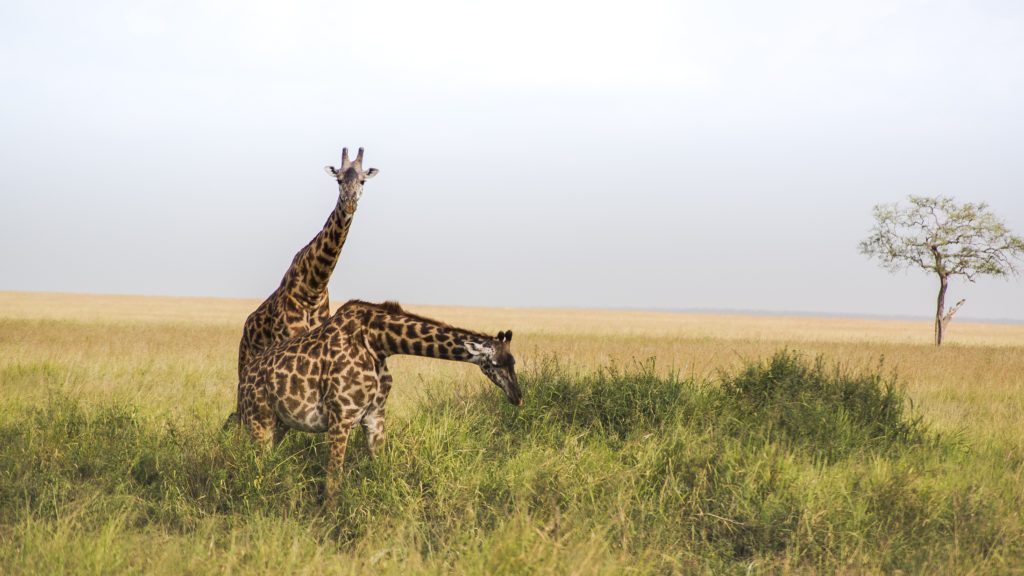 Kilimanjaro is the highest mountain in Africa and Serengeti National Park, the most famous National Park in the world. You can climb one and explore the latter in a safari vehicle which are but two of the incredible experiences to be found in Tanzania. Located in East Africa, this beautiful country was once the unfortunate hub of the slave trade but today, Zanzibar is a wondrous mix of cultures where sublime seafood can be found on the many golden beaches.

In fact, this variety of destinations and experiences is arguably what makes Tanzania the most interesting place to spend a couple of weeks in Africa with the beaches of Zanzibar offering a relaxing end to an exciting adventure to the heart of the wild before climbing to the roof of Africa.