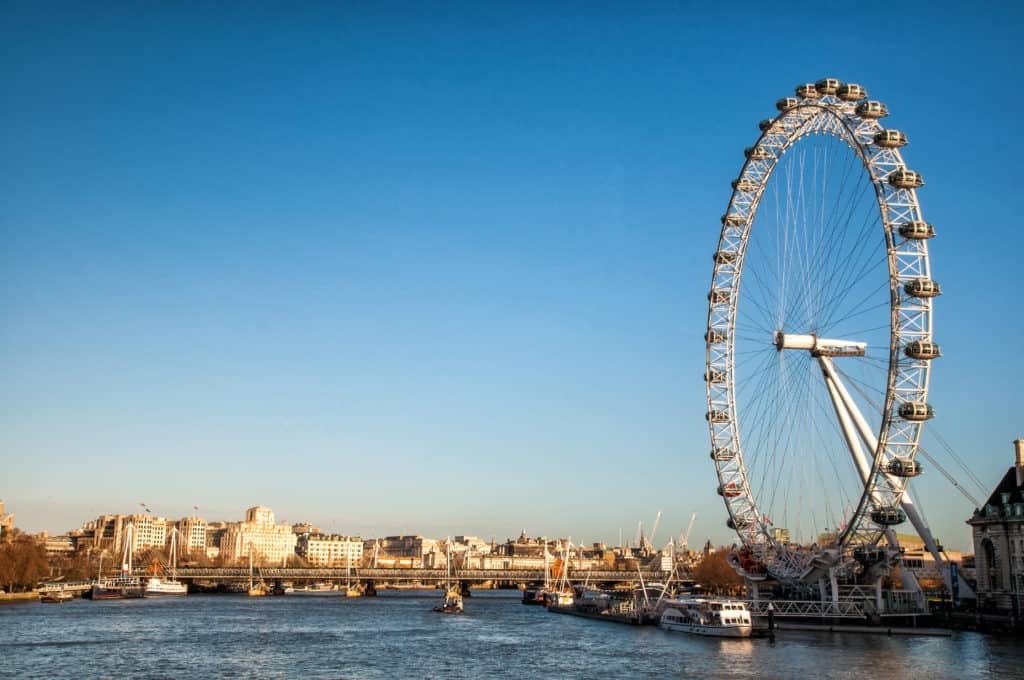 For anyone on the other side of the world, London is the very pinnacle of a bucket list and a destination that evokes the imagination of most intrepid travellers. Whether you find yourself listening to the gong of Big Ben, strolling amongst the greenery in Hyde Park or marvelling at Buckingham Palace; the capital of England is full of surprise at every turn.

In fact, as with New York, Cape Town or many more of the most famous cities around the world, the tricky part of visiting London can often be when it comes to deciding what to do. Yes, there are simply so many things to do in London that most tourists spend their time trying to choose which attractions they can afford to miss out on. Here are some of the most notable landmarks, attractions and things to do in London:

Big Ben and the above mentioned Buckinghman Palace are just two of the hundreds of iconic landmarks in London. Even the home of insurance provider Lloyd’s is an incredibly attractive building while Leadenhall skyscraper is arguably the most popular within the notorious “Square Mile”. That being said, the main draws in London are usually the most famous such as the Royal Albert Hall, Westminster Abbey, Kensington Palace and a contemporary Ferris wheel known as the London Eye.

Located at the northern end of Westminster Abbey, Big Ben refers to the enormous clock tower, the hands of which alone are more than four metres long. Four sided and illuminated in the evening, Big Ben is a favourite for tourists in search of the iconic London photograph and it was recently renamed the Elizabeth Tower after the Queen. Interestingly, the bell is currently not in operation as extensive renovations are set to be complete over the next four years.

Home to the British Monarch since 1703, Buckingham Palace has indeed seen many Kings and Queens since it was first constructed. Although a large part of the palace was destroyed by German bombers during World War II, Buckingham Palace was restored and features a mostly gold or beige interior as well as a range of themed rooms including the reception room which has a Chinese regency style. Visitors can enter this iconic building in the months of August and September when it is open to the public. 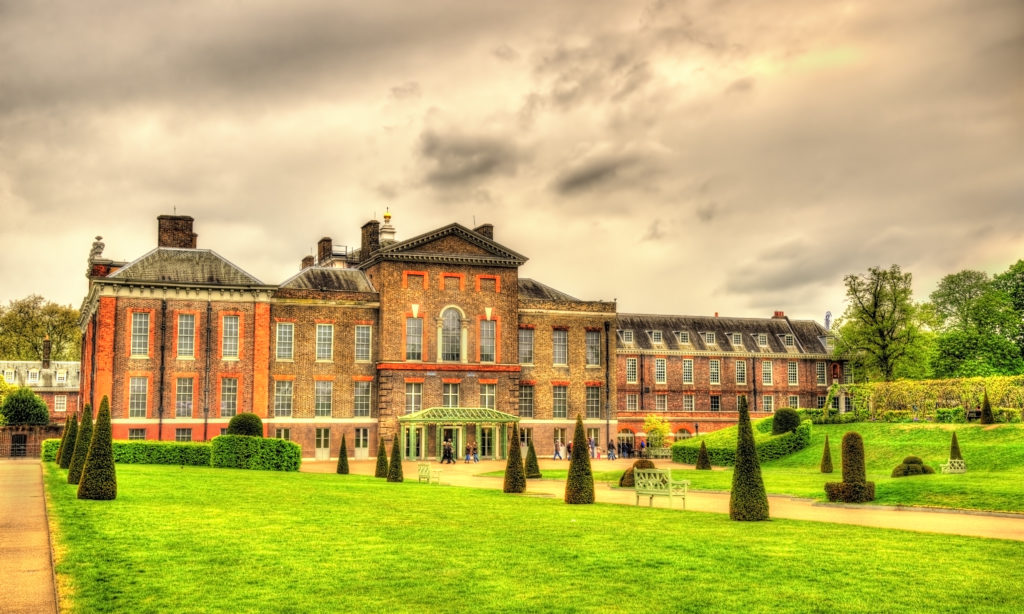 Kensington Palace is of great national and historic importance with it being a Royal residence and the birth place of Queen Victoria. Built in 1740, the palace is another spectacular feat but most people are unaware that gardens are now also a tribute to Princess Diana. When the famous Princess Di died in a car crash many years ago, these gardens became the resting place for floral tributes from the public when a renowned designer decided to transform them into a permanent tribute. Today visitors can walk freely in these beautiful gardens which make the landmark even more impressive.

Incredibly, the home of Lloyd’s insurance is an architectural masterpiece with most features of the building being on the outside, rather inside. For example, the elevators are on the exterior which not only make it an awesome sight, but it also makes it easier for them to be maintained. Inside, the floors are open plan which is also a rather striking feature to this contemporary structure. Yes, what Lloyds may lack in history, it certainly makes up for with a very distinct appearance.

As you should see from most lists of things to do in London, there is an unusually large number of gardens to explore throughout this urban metropolis. Aside from Kensington Palace and Hyde Park, you can opt for Japanese style in Kyoto Gardens or the medicinal plants in Chelsea Physic Garden. Alternatively, the roses in Queen Mary’s Gardens never fail to delight visitors who arrive in search of quintessential English gardens and places such as the Canary Wharf Crossrail Roof Garden are plentiful enough to keep enthusiasts searching for more hidden treasures across the city.

Either way, the variety, space and frequency of gardens in London is one of the more surprising features of what most people think is an entirely busy and crowded city.

Endless things to do in London 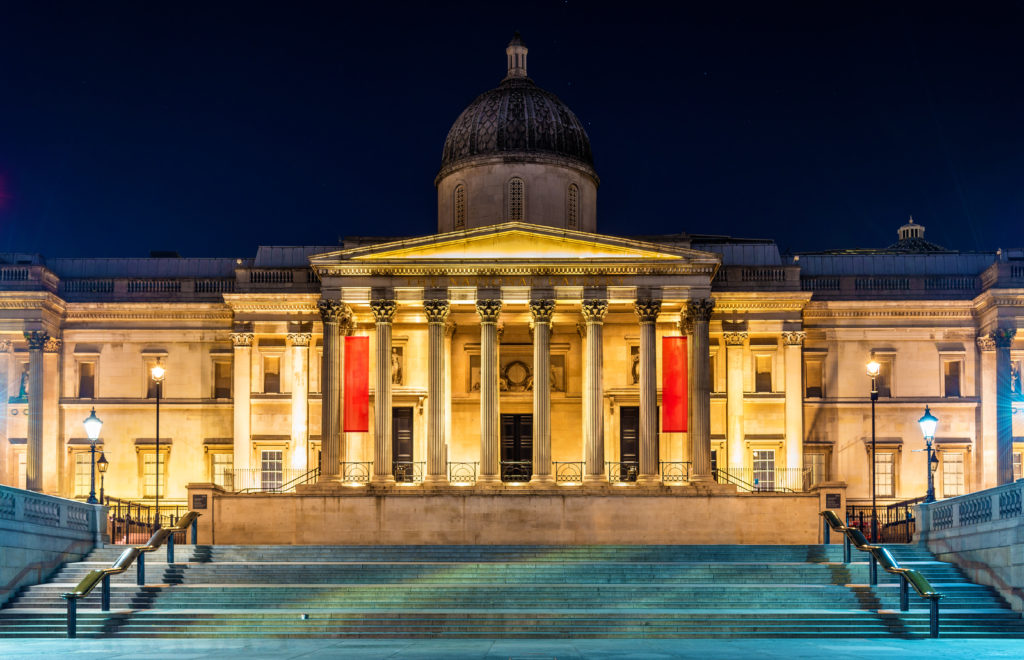 Although much of London is a museum in itself, the National Gallery is arguably the best visual insight into this famous city. You can literally spend hours in here exploring the many impressive pieces of art from the emotion of Lady Jane Grey and Leonardo Da Vinci to the world renowned Van Gogh. In any cases, this is also a surprising place to entertain the kids such is the extent and variety of the collection but in an expensive city, the biggest attraction here is sometimes the fact that it requires no waiting in line and absolutely no entry fee.

As mentioned already, Buckingham Palace is a historic masterpiece but it is also the scene at which you can witness the changing of the Queens guard. Taking place at 11am every morning, this is one of the most popular things to do in London for tourists and an opportunity to watch the red coats as they march impeccably inside the iron gates, only to be replace by an equally serious bunch of near-identical soldiers. 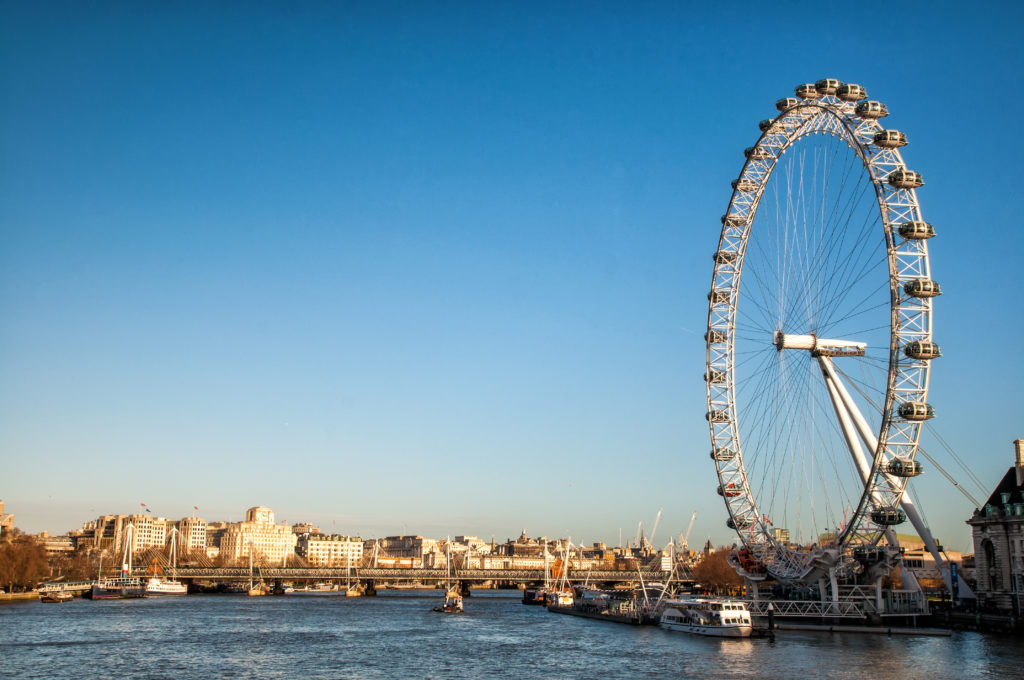 Standing tall over the city and the River Thames, the London Eye is the fourth largest Ferris wheel on the planet. Clearing almost four hundred feet, the wheel offers unrivalled views of the capital in a very beautiful location which also makes it a hotspot for visiting tourists. Travelling at very slow speed, the conditions are perfect for aspiring photographer and interestingly, the wheel is so popular that it receives more tourists than the Taj Mahal on an annual basis. 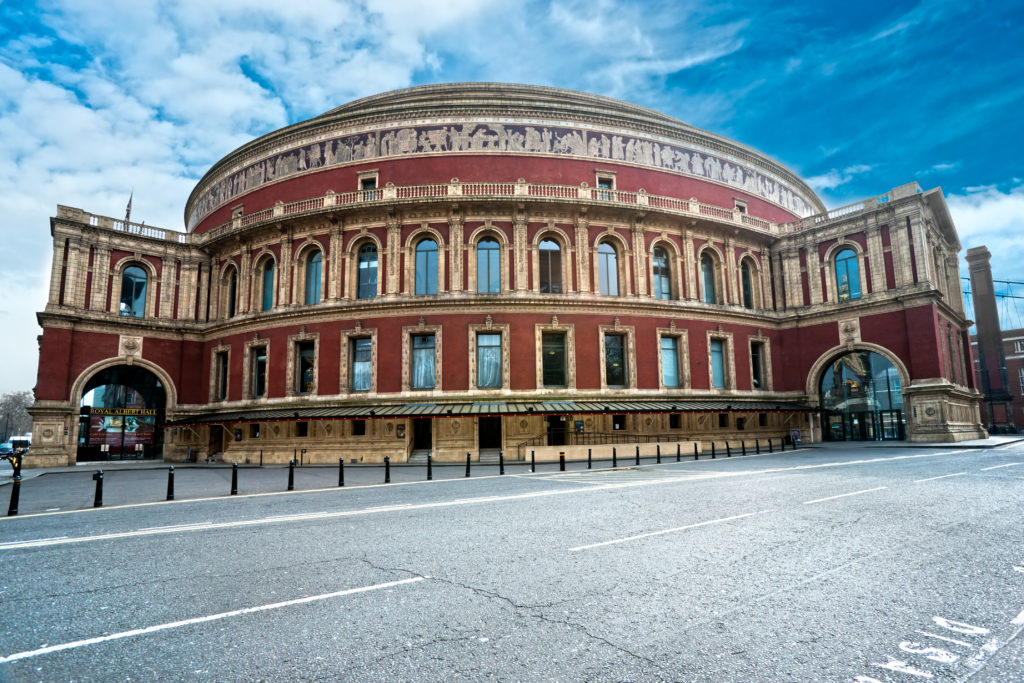 The Royal Albert Hall is arguably the most famous on the planet and often regarded as the best place to experience the opera. That being said, this venue is home to many different forms of variety from comedy and flower contests to music concerts and pantomime. Brick Lane Music Hall is also nearby but nothing quite compares to the majesty of the Royal Albert Hall and if you can afford the tickets, this should definitely be on your list for things to do in London.

London is a haven for the foodie with an endless variety of world class restaurants, cafés and small eateries. However, while it is very easy to make your own way around these places, the absolute best way to uncover the best food options in town is by taking a food tour. Starting out in the East End, these walking tours travel through a range of neighbourhoods sampling everything from bacon sandwiches and homemade bread to red wine and local cheese.

London is also possibly the best location in England from which to explore the surrounding countryside and while many think Stonehenge to be the only attraction in this respect, this could not be further from the truth. Here are some of the best day trips from London:

Day trip to Cotswolds and Bath

Exploring the countryside and local history should be right at the top of any itinerary of things to do in London and this is easily done by travelling to the above locations. Renowned as the home of ring circle forts, ancient churches and roman baths, these locations are also the perfect way to escape the it and get lost in rural England. Lacock is a particular highlight and the rolling hills in Wilshire but the university town of Oxford is usually the most memorable experience for most tourists.

Windsor Castle is the setting for the state apartments and St George’s Chapel where visitors can explore the refined homes of royalty but taking a trip to Salisbury is the most popular reason visitors will leave London. Yes, it is here you will find Stonehenge and the most famous prehistoric monument in the United Kingdom. Many archaeologists believe this to be an ancient burial ground constructed in 3000BC but a mere sight of its haunting appearance make this UNESCO World Heritage Site worth the effort.

London; the perfect base to explore the UK

London is also the perfect starting point from which to explore the United Kingdom, with or without your own vehicle. Featuring the most modern transport infrastructure in all of Europe, you should find it easy to travel between any of the major cities and this includes an adventure to the very northern reaches and such places as Edinburgh, Glasgow or the highlands beyond. At the same time, this really depends on how much time you have available, for the ridiculous number of things to do in London can make it hard to leave this incredible destination which continues to evoke the imaginations of intrepid travellers all over the world.